A few weeks ago, the boy and I say down to watch Snow White and the Huntsman. I was really excited about this movie because I am a huge Kristen Stewart fan. Despite all of the negative reviews this movie got, I was really happy with it. The movie was action packed and followed pretty true to the Snow White tale I grew up with. 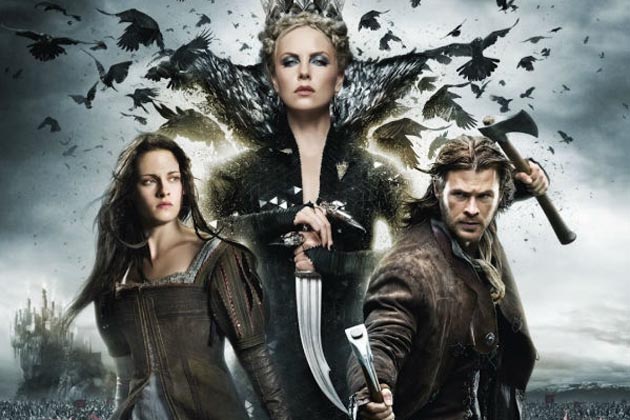 While watching the movie I was happy to see the seven dwarves make an appearance. What shocked me was I actually recognized one of the actors- and he was not a dwarf! One of my favorite British actors, Nick Frost, played one of the seven dwarfs. Don’t get me wrong he is a hilarious man and an outstanding actor but he is not a dwarf! Initially this post was going to be asking my fellow bloggers how exactly this was done.

However, with some research I found that digital imaging shrunk these well known actors into their dwarf size roles. The industry credits “recognizability” for the reason behind the casting. However, “little people” have protested saying that dwarfs should have been used for these roles. I have to say despite how excited I was to see Nick Frost in this movie, I have to side with the little people.

The actors that were cast in these roles were not A- list actors. Sure, movie goers like myself may recognize a face or two, but that fact would not make or break the movie. This was an opportunity for dwarves to be cast and I do think it was an opportunity the producers should have taken.

What do you think bloggers? Should dwarves been cast for the 7 dwarves role or do you think the producers made the right casting choice?

9 thoughts on “Snow White and the Huntsman and the Not So Little Dwarves!”