I will be the first to admit that I grew up in the technology age. My dad was a computer programmer so I was blessed to have all the latest technology as it came out. One of my oldest memories is being only a few years old, sitting on my dad’s lap playing with Paint on the computer. I was a tech kid. And I am proud of it.

As I grew up my obsession extended to phones and even iPod. I wanted the latest and greatest tech device to keep up with the times. But the thing was, technology was advancing with me. Cell phones really didn’t become huge until I was a teenager. The iPod really didn’t make a huge splash on the scene until I was in my late teens. These were all acceptable ages to have these devices.

Children growing up now are faced with a hard problem. Technology is everywhere and whether they are ready for it or not they will come in to contact with it. The problem is, the manufacturers are really taking advantage of this fact and they are coming up with ridiculous inventions that should just not exist.

The one that got me on this rant is the iPotty. Basically it is a potty with a spot to allow an iPod to be used while on the potty. I think the idea here is to make going potty fun. But seriously?! Kids need to learn this skill whether it is fun or not. We all have done it just fine without the high tech potty’s. I think we need to keep the electronics out of the bathroom!

Then there is the apptivity seat. Basically it is a bouncy chair made to be used with…you guessed it…an ipad. The bouncy seat was meant to keep kids entertained and in one spot. Now adding an iPad makes it so kids will never be able to entertain themselves. They will always be reliant on electronic devices. This to me is absurd and really needs to be nipped in the bud. 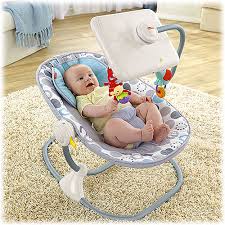 The article that really lays these absurd toys out can be found here.

The last electronic device I want to gripe about is the Hapifork. Basically it nags you while you eat. So basically we can’t go potty, entertain ourselves or eat without the help of electronic devices.

Will we soon get an electronic device to wipe our bums for us too?

All I think when I hear about these devices is iBullshit! What about you? Do you think these gadgets are good ideas or complete iBullshit?

Okay so remember last week when I wrote about short people problems in the snow? Well I am not only short but I am also impatient. Impatient people do not get along with the snow either! So I am double screwed!

Anyways this past week there was a major snow storm. One of those storms where the snow is thick, wet, and heavy. But the next day I needed my morning coffee (and trust me not a single soul would want me to be without it). So I went outside (after letting the car warm up for a good 15 minutes) and I started plugging away at the snow on my car. Trouble is, I am short, weak and not patient. Oh and did I mention that I don’t have gloves or anything other than a jacket to keep me warm while doing this (this is my own fault, I swear gloves are like socks as soon as someone buys them for me they are lost).

Why is this NEVER me?

Anyways after multiple shifts of pushing the snow off with a scraper, sitting in my car to warm up, and repeat. I got very impatient. I really thought most of the snow was cleared and the rest could be taken care of by my handy windshield wipers. I really believe it is their own fault. They lulled me into a false sense of security with all the dependable snow storms. There has been so many times I havent even bothered clearing the car at all because my loyal windshield wipers were there to clear the car for me. They were so strong, dependable and convienent. But my friends, the set me up to FAIL!

When I flipped that little wiper switch, NOTHING HAPPENED! All I heard was some clicking noises but not movement. I begrudgingly got out of the car and finished clearing the car hoping that the clicking was just their warning cry. You know, “I’m trapped, come save me!”. However, when I finished clearing the windshield and tried the switch again…nothing, just clicking.

I told my auto mechanic of a boyfriend and he diagnosed it as a broken wiper transmission. Price tag? $150! And thats with a discount and my boyfriends free labor! My boyfriend gave me a speech about being more careful but all I heard was Chicago’s “They had it coming, they had it coming, they only had themselves to blame. You should’ve been there. You should’ve seen it. I betcha you would have done the same!”

So bloggers, tell em I’m wrong! Have you ever landed in a similar snow debacle?

I will warn you before I get into this that this was not a scheduled post. This is the English nerd in me about to rant! So, I was at work when outlook sent me a little pop up, “Marketing Meeting Has Been Canceled”.

Now anyone who is not an English nerd would probably be super excited to get that pop-up. No meeting means more time to do work. More time to write and more time to research. But that was not the problem! The problem was the word “canceled”. The word stuck out to me like a sore thumb. Is that REALLY how you spell it? All this time through all my schooling, I have been spelling it wrong? Outlook couldn’t be wrong could they?!

So I took to Google to figure this out. And to my surprise there weren’t a lot of good answers out there. The general discussion out there was the word was originally spelled “cancelled” but around the 1980’s America decided to adopt the spelling “canceled” and it has been widely accepted and used in publications in the states.

Now, although Americans always think they are right this doesn’t mean this is the “right” spelling so I decided to dig a little deeper. And I found the rule. And guess what Americans, you are doing it wrong!

Once I found out that we, as Americans, were doing it wrong. I took to Facebook to see how many people thought they knew the “right” way to do things. To my surprise people thought this was a case of where you use the word, or some other rule like that and they were certain enough to start a little Facebook brawl.

Still learning to do screenshots but you get the gist

So to all my friends out there who think because America has adopted the spelling “canceled” that makes it right, you are wrong. There are rules in the English language for a reason. Just because one day we decide to break said rule doesn’t make it right.

How do you guys choose to spell this word? Does one spelling bother you or does it make no difference either way?

Okay this was not my previously scheduled post. But, the English major in me is literally cringing at the article I just read on Blogher. If you want to see the article check it out here: http://www.blogher.com/literally-now-literally-means-figuratively-are-you-literally-ok-it.

For those who don’t choose to read the article, here is the premise. Google has just added a new definition to the word literally. The second definition is: “used to acknowledge that something is not literally true but is used for emphasis or to express strong feeling.” I am not lying, see for yourself:

Now there are so many reasons why this new definition bothers me. First and foremost, you cannot use the word when defining said word! It just isn’t proper and makes absolutely no sense. That would be like trying to describe a person your friend has never met to said friend and the interaction going like this.

Me: “Have you ever met Sally?”

Me: “Well she looks like…Sally.”

Super helpful, and super informative….not! This is not a proper definition google!

And the other reason this definition bothers me is it is just not accurate! Yes blogher explains contranyms and how there are other words that act the same way. However, has the whole world forgotten sarcasm?!

I have never seen someone use the word literally, as figuratively and not be using it in a sarcastic manner. If we start changing all definition to match our sarcastic tones then sarcasm will no longer exist. I think this is language butchering at its finest.

So bloggers, is this just an English major pet peeve or does this bother others? I would love to hear from you!

I want to start this post by saying that this is a personal rant and if you are not interested in my complaining stop reading here. If you continue to read- well you have been warned.

I should also note that I am a VERY socially awkward person. That being said I believe I am not the only person who shares this pet- peeve.

Let me set the scene for you. You walk into a public bathroom. For the sake of argument lets say its a bathroom at a movie theater. Now lets be clear this was not at the opening of Twilight or any other blockbuster favorite. This bathroom trip is during a regular movie at a regular movie time. The bathroom has PLENTY of open stalls:

As the socially awkward person I am (or you are in this scenario) you walk all the way to the back of the bathroom. You dont pick the last stall but you are pretty near the end of the line. All empty stalls surround you. You get ready to start doing your business when you hear the door lock in the stall directly next to you and are greeted by a pair of feet staring at you, waiting for you to do your business, ready to judge you:

Now I have wracked my brain as to why people do this. My only conclusion as it is somehow connected to the urge people get to sit near other people in a relatively empty restaurant. If you don’t know what I am talking about take it from a waitress. People will walk into a restaurant with empty tables staring them in the face. However, they pass over these perfectly good tables to sit down at a table right next to a group of full tables. This means they are purposely surrounding themselves with endless chatter they are not apart of. The choice baffles me but it happens every time without fail.

I cant figure out if we as people are just so afraid of being alone that we crave even the presence of strangers. Or if we are just so oblivious to our surroundings that we cant recognize how weird the actions seem to those around us. Either way when I am in the bathroom trying to tinkle I would really prefer to do this alone, without feet staring at me, judging me. So next time you are in a public bathroom looking for the perfect stall, please dont pick the one next to me!