I am not much of a news buff so very often I will come across a new story rather late. This is one of those times. I was recently made aware that the Obama administration was (is?) stuck in a legal battle with The Little Sisters of the Poor.

Let me make that a little clearer. Obama had a legal battle with Nuns. I shall let that sink in for you…

Okay so now that the absurdity of that has really sunk in I will explain a little. Obamacare put in place a mandate that required employers to offer free contraceptives to their employees. The Little Sisters of the Poor being a Catholic organization do not believe in the use of contraceptives and thus do not want to obey this mandate. However, not obeying will come with quite a fee.

Now there are of course people on both sides of this fight. What I know for sure is I would not want to battle a nun. Here are three reasons why:

They are ruler ninjas: I am sure your grandparent’s told you about the times they came home with red raw knuckles from the nuns at school. Maybe they don’t do that anymore but I am willing to bet they learned how to wield that wooden weapon. I sure don’t want to find out.

They have God’s ear: If they don’t still have the ruler in their back pocket they sure still have God in their corner. He is one guy I would rather not piss off. The whole being damned to hell thing doesn’t seem like a good thing to mess with. Am I right?

Two words: The Town: Those nun’s might be fictional but they are damn scary. The vision of them shooting up a bank in their black and white uniforms still haunt me. Fiction or not, nuns are forever tainted for me.

All kidding aside though this is a tough issue. I believe everyone should have access to contraceptives but I also believe in freedom of religion so I am on the fence here. What do you bloggers think? Should this mandate be forced on everyone or should religion be an exception?

As I have mentioned in previous posts…I kind of like twitter. I don’t use it as much as I would like but when I do get on there I find some pretty funny stuff. That being said there are some things that people tweet that really baffle me. Some things just aren’t meant to be broadcasted all over a social network. Especially if it is not your business to exploit.

I don’t know how many of you saw this, but a New York based comedian, Kyle Ayers, live tweeted someone’s break up. Now, the results were pretty funny and yes I read through all the tweets. I guess that makes me part of the problem doesn’t it? But it really got me thinking that although we witness so many different events on a day to day basis that might make for some humorous jokes because we are not involved in it…we might not want to publicly share said jokes. Makes us seem insensitive. Or maybe we don’t care. Admittedly, I am on the fence on this.

However, this got me thinking. What other events that we might witness would probably be insensitive to live tweet? Don’t get your hampster wheel fired up just yet I made a nice little list for ya:

5) Job Interview: I know when I see someone walk into my part time job I have had for over ten years I judge the newbies. And yes it can be funny to comment on their clothing, attitude, chances of getting the job…ect. But in a few years they could be your boss or worse they could be the daughter of the owner. Tweet at your own risk! 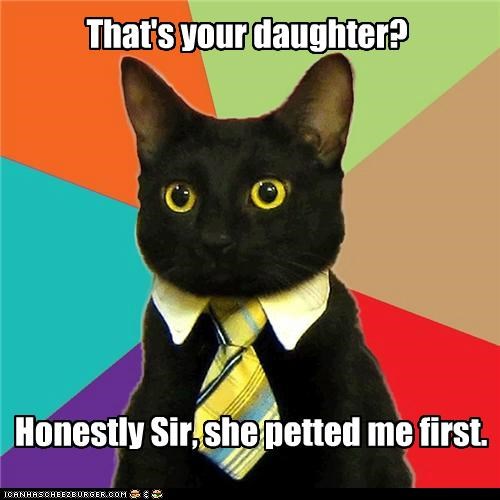 4) Child Birth: Yes this is a magical moment. But I can assure you, your wife would not appreciate one of the most intimate and probably embarrassing moments of her life tweeted for the world to see.

3) Committing of a Crime: Any crime. Not only would you be an accessory because you saw it and did nothing but if you are tweeting you are letting a crime happen. That is just not good karma my friend.

2) Someone Getting Fired: Lets just say- you are caught doing this. You could be next. No matter how funny it is.

1) Funeral: I know it is becoming socially acceptable to take selfies here (still wrong to me) but live tweeting every emotional outburst and the fashion woes of a funeral might not be in the best taste…might not be…

Obama seems to think its okay…

Can you think of any events you should probably not live tweet?