One of the movies I was rather disappointed in recently was “Black Swan”.

I found the movie on a list of top psychological thrillers so was really anxious and excited to see it. Before watching it all I knew was that it was a thriller and it revolved around a ballet dancer.

The movie stars Natalie Portman and Mila Kunis as two dancers in a company trying out for the role of the swan queen. Natalie Portmans character is innocent and this trait can be seen in her dancing and as such has a difficult time trying to dance the part for the provocative side of the Swan Queen, The Black Swan. Mila Kunis is a free spirit who enjoys clubbing and ecstasy and is shown as the ideal role for the Black Swan. A bond forms between the girls and the thriller aspect of the movie is Portman’s character’s struggle to become the Black Swan and the way it really affects her life. 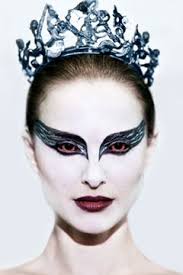 The movie is definitely visually appealing! This is one thing I came away from the movie really impressed by. The costumes, the sets, the make up, and the scene transitions were flawless.

The problem with the movie was the confusing plot. It got to the point that by the end of the movie I didn’t care what the outcome was I just wanted the movie to end. To top it off the end leaves you unsatisfied and annoyed.

For one of the top psychological thrillers- I was less than impressed.

SNL did a skit for this movie and I gotta say they did a pretty good job.

What did you think of this movie?