This movie was something that was on the top of my list for must sees merely because it is set so close to home- Lowell, MA.

Scouring through the numerous reviews trying to figure out what this movie is going to be about before I ventured to the theater to see it I came across one common thread. The performance of Christian Bale was absolutely phenomenal. Each reviewer focused on the fact that Bale had to lose almost thirty pounds for the role and had to undergo and emotional transformation in order to get himself situated in the head of a crack addict.

After seeing the movie I can say with absolute certainty that he did a stellar job. The character was funny, engaging and sympathetic. The audience couldn’t help but route for him even as he was jumping out the window to avoid his own mother.

For me though this performance is not all shocking when it comes to Bale. One of the last reviews I did was on American Psycho where Bale also has a tremendous handle on the task of being a mentally unstable character. Both performances are engaging and astonishing for any actor but Bale has shown again and again that he is capable of this so it does not come as the slightest shock.

Mark Wahlberg’s performance was nothing to sneeze at either. He was able to not only show the physical intensity of the character he played but was also able to accurately portray the emotional turmoil he dealt with as he tried to not only do what was best for him but also his crack addict brother, his seven sisters, his mother and Charlene. Ultimately he learned to accept that he could not please everyone and in this group dynamic this was not an easy lesson to learn. 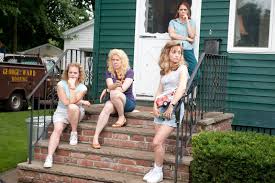 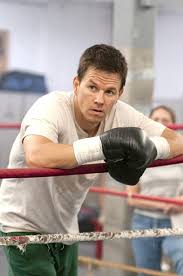 The movie as a general rule was very exciting, action packed and mixed up with a little bit of romance. This is the type of movie that can make a person who doesn’t have the slightest interest in boxing, punch their car freshener the whole drive home.

3 thoughts on “The Fighter”