This past weekend I decided to sit down and watch a movie I didnt really know anything about. Thelma and Louise is a movie from 1991 about two women on the run. Geena Davis plays Thelma, a ditzy housewife clearly controlled by her domineering husband. Susan Sarandon plays Louise, a headstrong waitress who seems to have unresolved issues from her past.

The two women in this movie decide to take off for a vacation without telling the men in their life they are leaving. At their first night out they run into a man named Harlen, and at first this is exactly what Thelma thinks she needs in order to have some fun. However, the fun quickly turns to danger as alcohol takes over and Harlen begins to rape her outside on the top of his car. Louise quickly comes to Thelma’s rescue however the anger Louise feels isnt only for Louise but also for her own secret past and ends up shooting and killing Harlen.

The rest of the movie follows the women as they try to run from the law. Each step of the way they run into obstacles such as Bank robber Brad Pitt sweet talking Thelma into letting him in her apartment and eventually stealing every last bit of money they have. However, Pitt didnt leave without giving Thelma some advice on how to be  good bank robber- this advice comes in mighty handy. 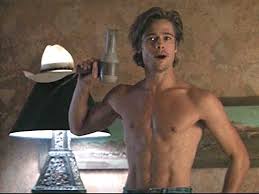 By the end of this these women are not only murders on the run but they are also armed and dangerous bank robbers.

The feminist in me couldn’t help but cheer these women on every step of the way even when the actions they took were a bit extreme. After watching this it came as no surprise that this film was nominated for 6 academy awards and even won best original screenplay.

However, as I said in my last film review there is always one gripe with even the best films. My gripe with this film is the ending. The ending of this film spurred many parodies so I will end this post with sharing with you one of the parodies I found most entertaining:

3 thoughts on “Thelma and Louise”